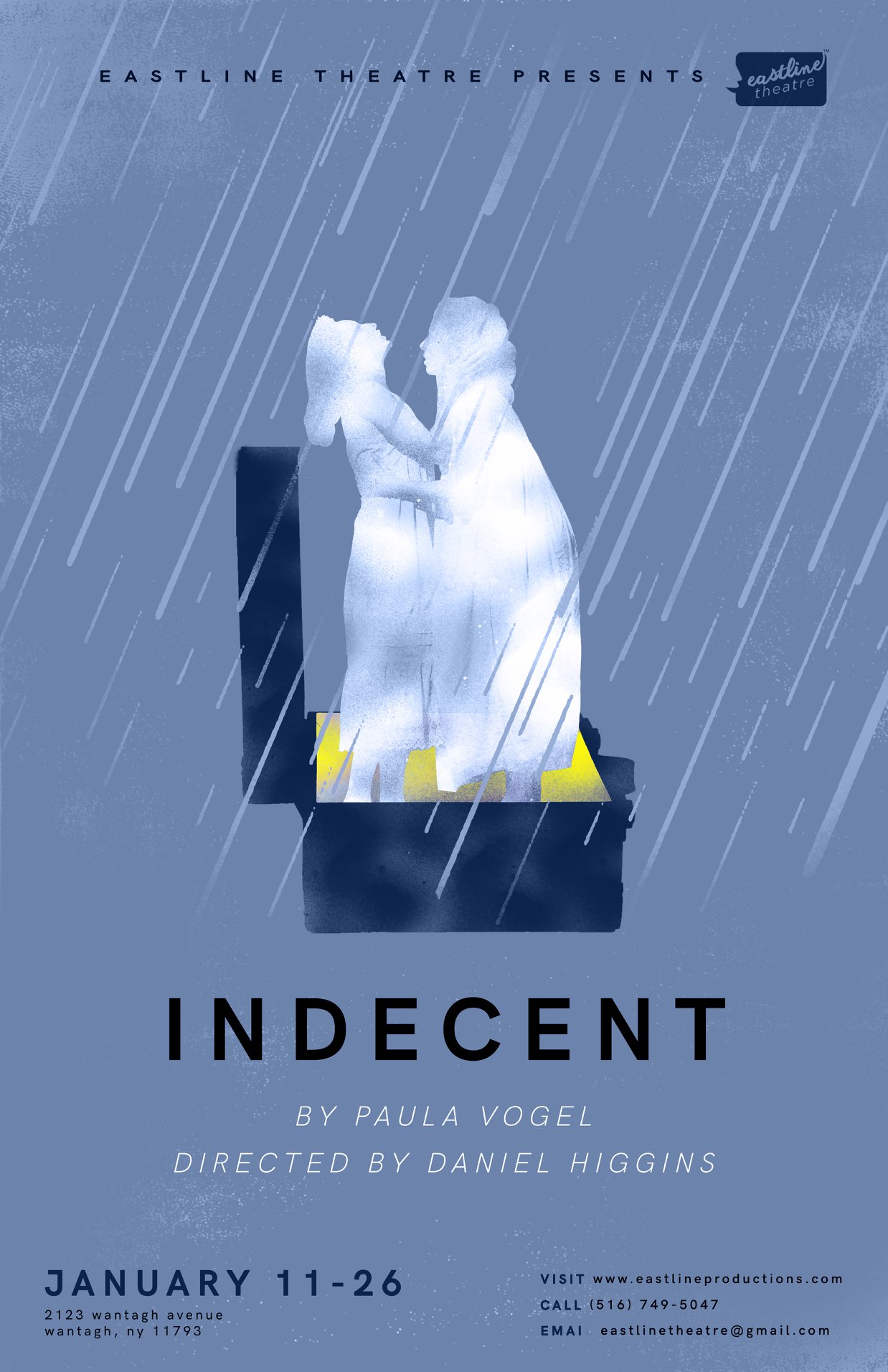 Indecent recounts the events surrounding the conception, censorship, and afterlife of ‘The God of Vengeance’ a 1907 Yiddish play that featured Broadway’s first lesbian kiss. This story of ‘a little Jewish play’, speaks of a people as they tried to live and how they wanted their stories to be told. EastLine is proud to be presenting Paula Vogel’s modern classic for its Long Island premiere.