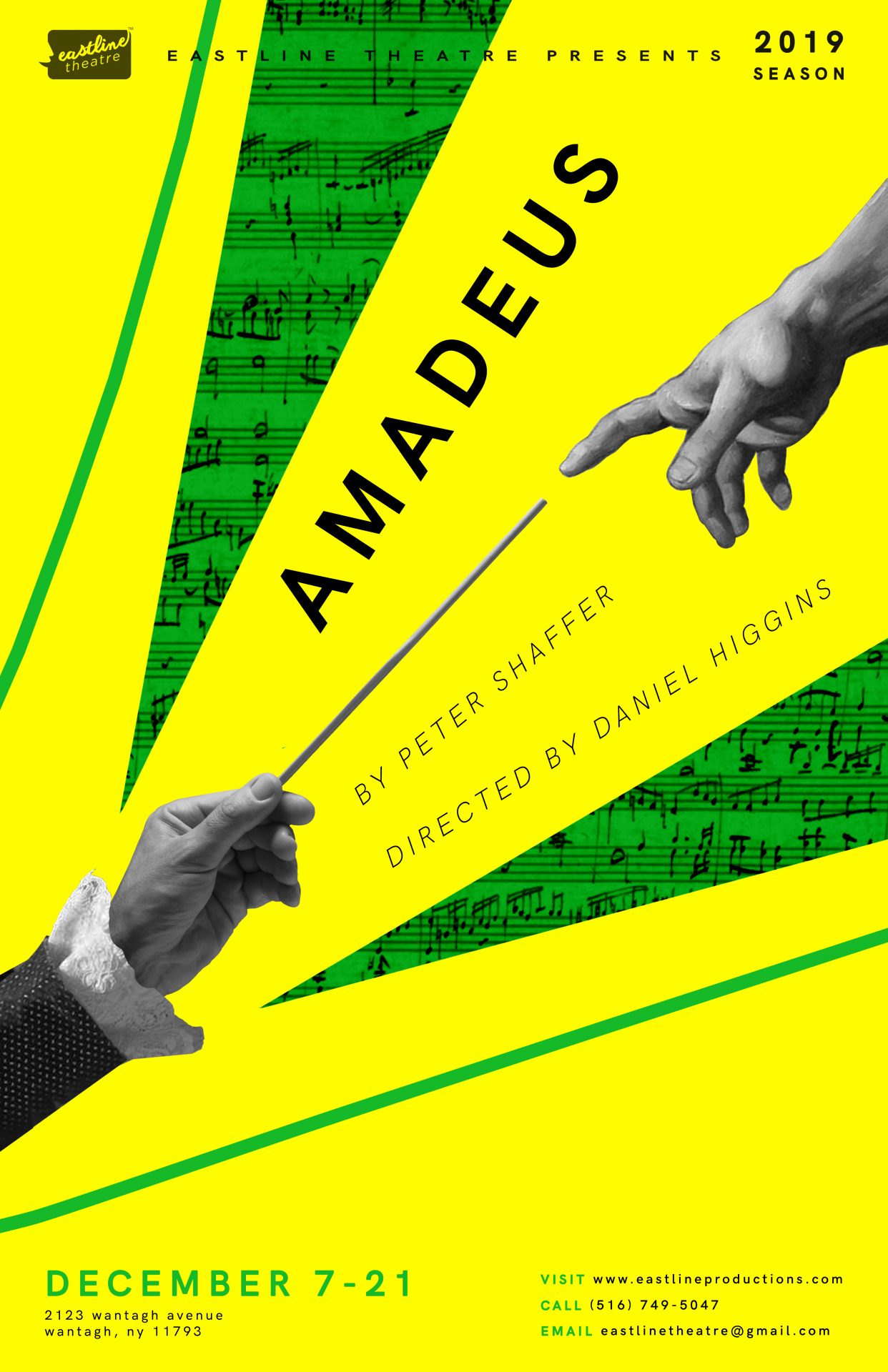 In his old age, Antonio Salieri recalls his successful career as Court Composer, his hatred of Mozart, and how he conceived the brilliant young composer’s demise. With an obnoxious personality totally incongruous with his musical genius, Mozart died neglected and impoverished while the mediocre Salieri lived in a blaze of fame and praise. Now approaching his own death, Salieri has nothing but the awareness of his own hollow achievements, and a terrible intention to achieve another kind of immortality. Peter Shaffer’s iconic play, painted with some of the greatest music ever written, comes to the EastLine stage this December.